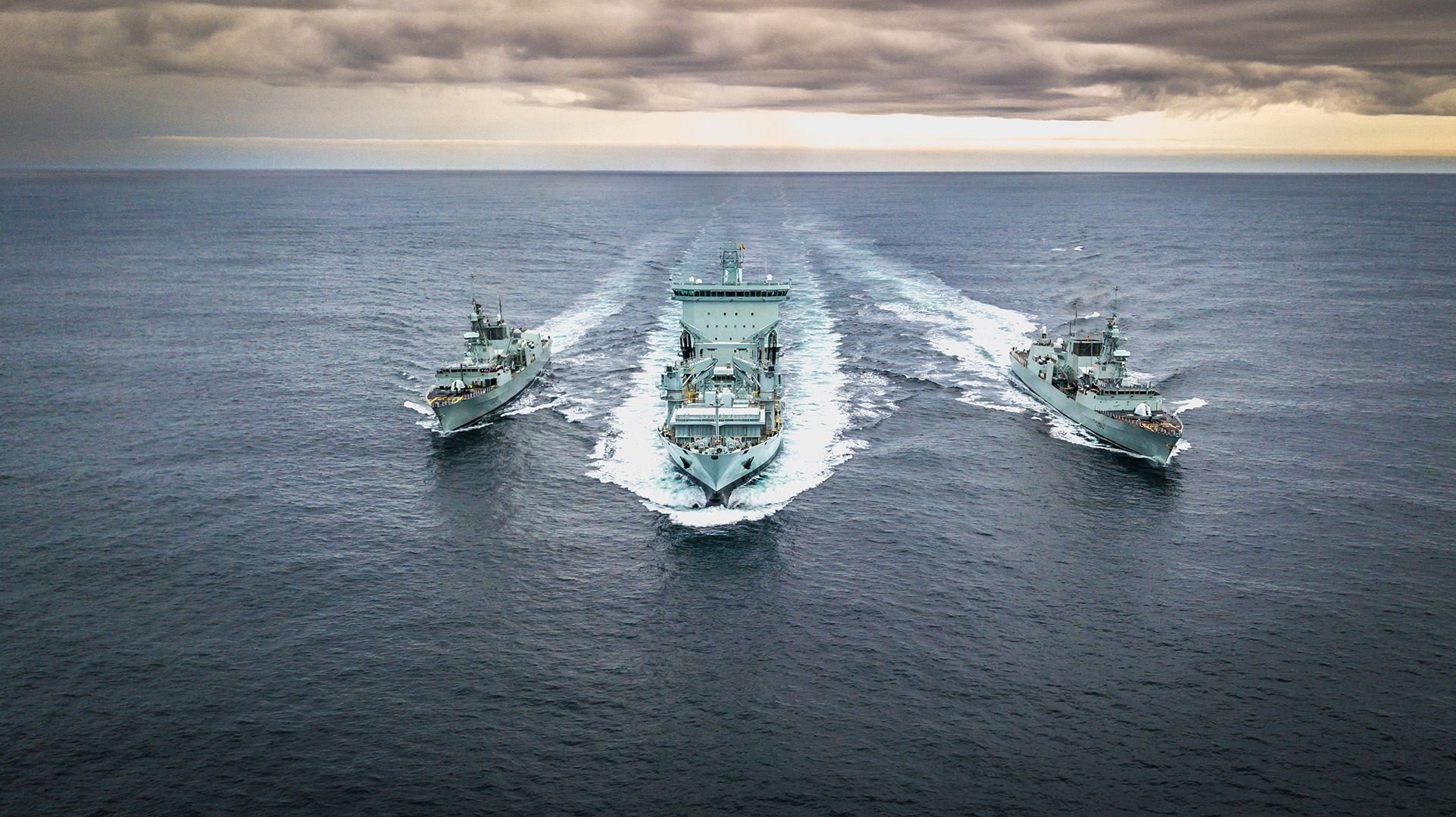 Project Resolve involves the conversion of a modern, European-built containership into a naval support ship. The concept of converting a containership into a naval fleet auxiliary ship is not a new one – it has been performed on several occasions over the past decades including by the Royal Navy and the United States Navy. Those ships have gone on to serve in global combat operations worldwide. MV Asterix is fully compliant with all international regulations.

Asterix was converted at Federal Fleet Services’ sister-company, Chantier Davie Canada in Quebec. A pan-Canadian supplier network spanning six provinces was used to provide equipment and services for the program.

The ship was delivered on time and on budget to the Royal Canadian Navy with full services provision for the following 10 years. The government of Canada possesses an option to buy the ship at the end of the 10 years.

Two cranes allow containers to be loaded and unloaded

A large helicopter deck capable of handling the largest of NATO helicopters, including the Chinook