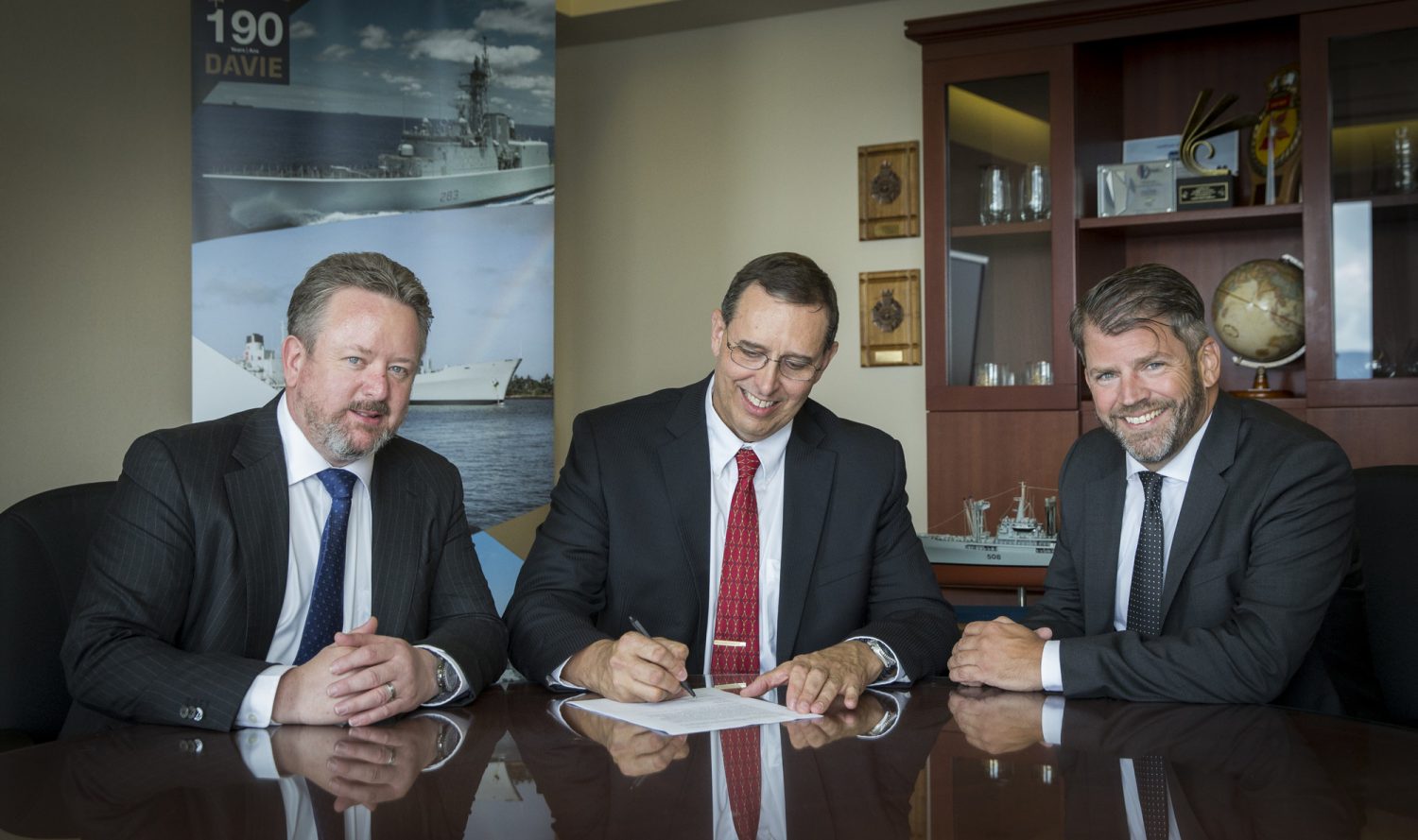 ETOBICOKE, ON, Aug. 10, 2015 /CNW Telbec/ – Hepburn Engineering, a global leader in naval ‘Underway Replenishment’ systems today announced that it has signed an agreement with Davie Shipbuilding, Canada’s largest shipbuilder for the supply of a Replenishment-At-Sea (RAS) system for its Resolve-Class Auxiliary Oiler Replenishment (AOR) ship.

RAS equipment enables naval vessels to be refueled and resupplied ship-to-ship while underway on the open ocean and under severe weather conditions. This allows naval vessels and task groups to deploy long distances from home-port and to stay “on station” for prolonged periods.  RAS equipment is the key maritime enabler underpinning a ‘blue water navy’.

Spencer Fraser, CEO of Federal Fleet Services stated “Hepburn is a long-standing Canadian success story.  We have worked extensively with them over the past 18-months on the design and engineering for the Resolve-Class Auxiliary Oiler Replenishment ship so we are very pleased to have now concluded an agreement with them for the supply of one of their world-class, NATO-compliant systems.”

John Hepburn, President of Hepburn Engineering added “Hepburn is a Canadian company which sells its state-of-the-art RAS systems all around the world.  We are very pleased to be working with Davie Shipbuilding on this truly innovative and exciting program. Hepburn supplied the RCN with RAS gear over 45 years ago and we have provided the ‘in-service support’ since. Clearly we are delighted to now be supplying our navy with the latest generation of equipment.”

The RAS equipment will be designed and supplied from Hepburn’s facilities in Etobicoke, Ontario.

Hepburn’s marine products and services have been meeting the needs of naval and commercial clients around the world for more than 45 years. Hepburn equipment and systems have proven themselves in marine environments from the Arctic to the Persian Gulf, the South Atlantic to the North Sea.

Hepburn, certified to ISO 9001:2008, is the leading supplier of Underway Replenishment Systems. The features and performance of the Hepburn system have made it the replenishment equipment of choice, more than any other system, for more sovereign navies around the world including Australia, Brazil, Canada, France, India, Italy, Spain and Saudi Arabia.

Voted North American Shipyard of the Year (2015) by Lloyd’s List.

Davie Shipbuilding is Canada’s largest and highest capacity shipbuilder and industrial fabricator. Davie provides a broad range of products and services to industries from offshore oil & gas to defence. Certified to ISO 9001:2008, Davie leverages its high capacity fabrication facilities with its advanced project management and engineering capability to manage end-to-end construction projects and provide best-practice through-life solutions to its corporate and governmental clients.

L-3 MAPPS Selected by Chantier Davie Canada and Federal Fleet Services for the...
Scroll to top