All Systems Go: Like Clockwork, the Resolve-Class Naval Support Ship is Launched

Québec City, Monday October 16th 2017: Davie Shipbuilding today announced that during the weekend it launched the largest naval vessel ever to be delivered from a Canadian shipyard – on time, to budget and at an internationally competitive cost.

Commissioning of all onboard systems began in early September and on the 16th November 2017, the ship will perform its sea-trials prior to achieving Full Operational Capability (FOC). During the sea-trials – overseen by Lloyds Register – the ship’s safety, quality, systems and functionality will be tested against the high military standards and specifications which it has been built to.

The build quality and modern design of this ship, with the latest Canadian naval systems, is testament not only to Davie’s experience, infrastructure and unparalleled expertise but also to the incredible contribution by the hundreds of Canadian suppliers involved. Over 900 Canadian companies have contributed to the build of the ship, including the supply of key military-specified equipment such as its Integrated Navigational and Tactical System (INTS), its NATO-compliant Replenishment-At-Sea (RAS) systems and its naval Integrated Platform Management System (IPMS).

Alex Vicefield, Chairman of Davie Shipbuilding, commented, “The delivery of this ship has clearly demonstrated that there is a Canadian shipyard capable of delivering complex naval platforms on time, to budget and at internationally competitive prices. In the knowledge that the Royal Canadian Navy needed this ship urgently, our 1,400 staff have worked day and night to ensure that it is not only delivered on time but that it is of a quality that will be able to serve Canada proudly for decades to come. The success of this multi-functional design, which is equally suited to both combat and humanitarian operations, has generated worldwide interest from foreign navies.”

Spencer Fraser, CEO of Federal Fleet Services, added, “Our Canadian crew are all onboard and are ready to begin operations alongside the Royal Canadian Navy. We have prepared for this moment for two years and we will very soon be ready to support Canadian Forces in any theater of operations, worldwide, at a minute’s notice.” 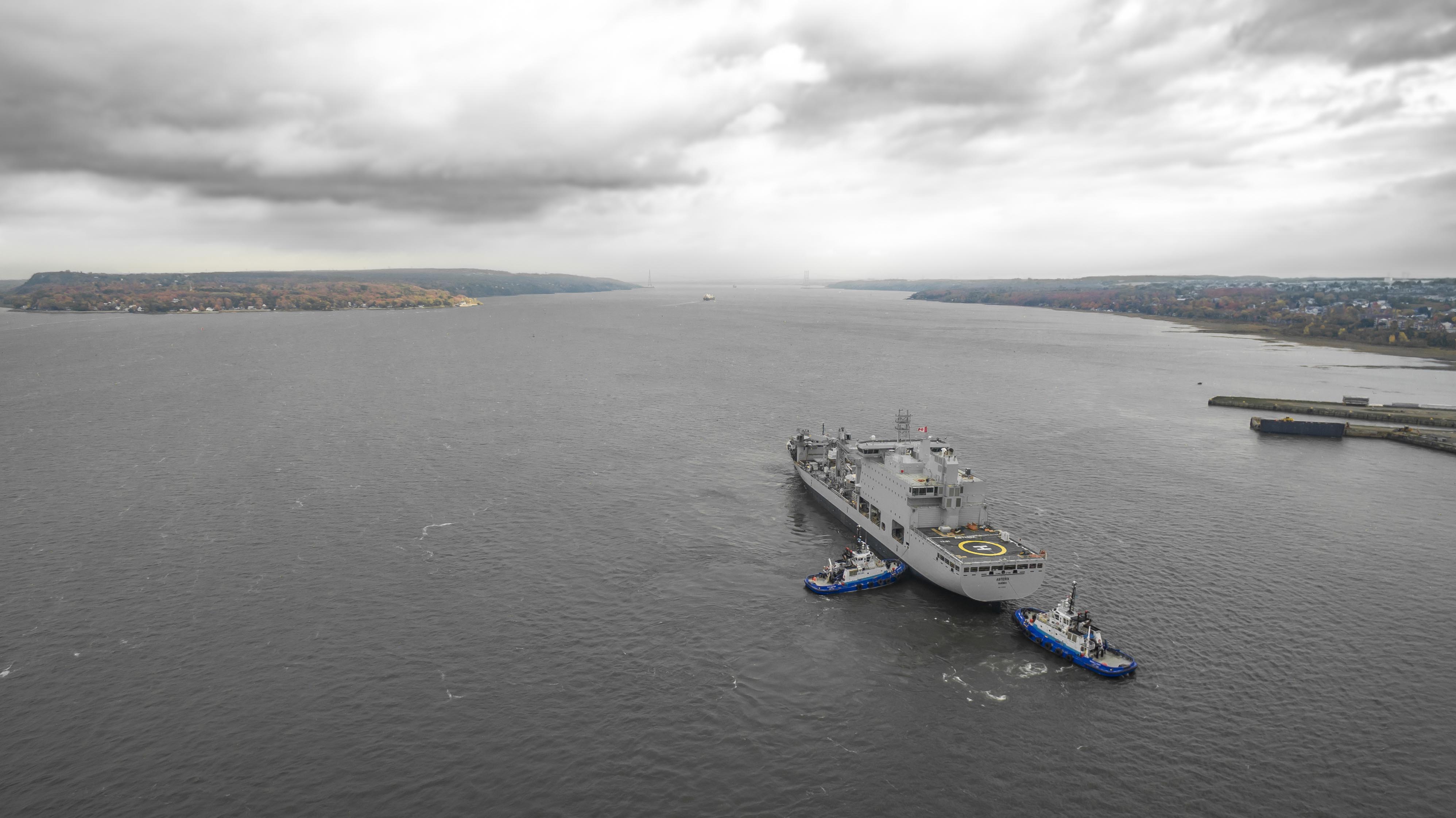 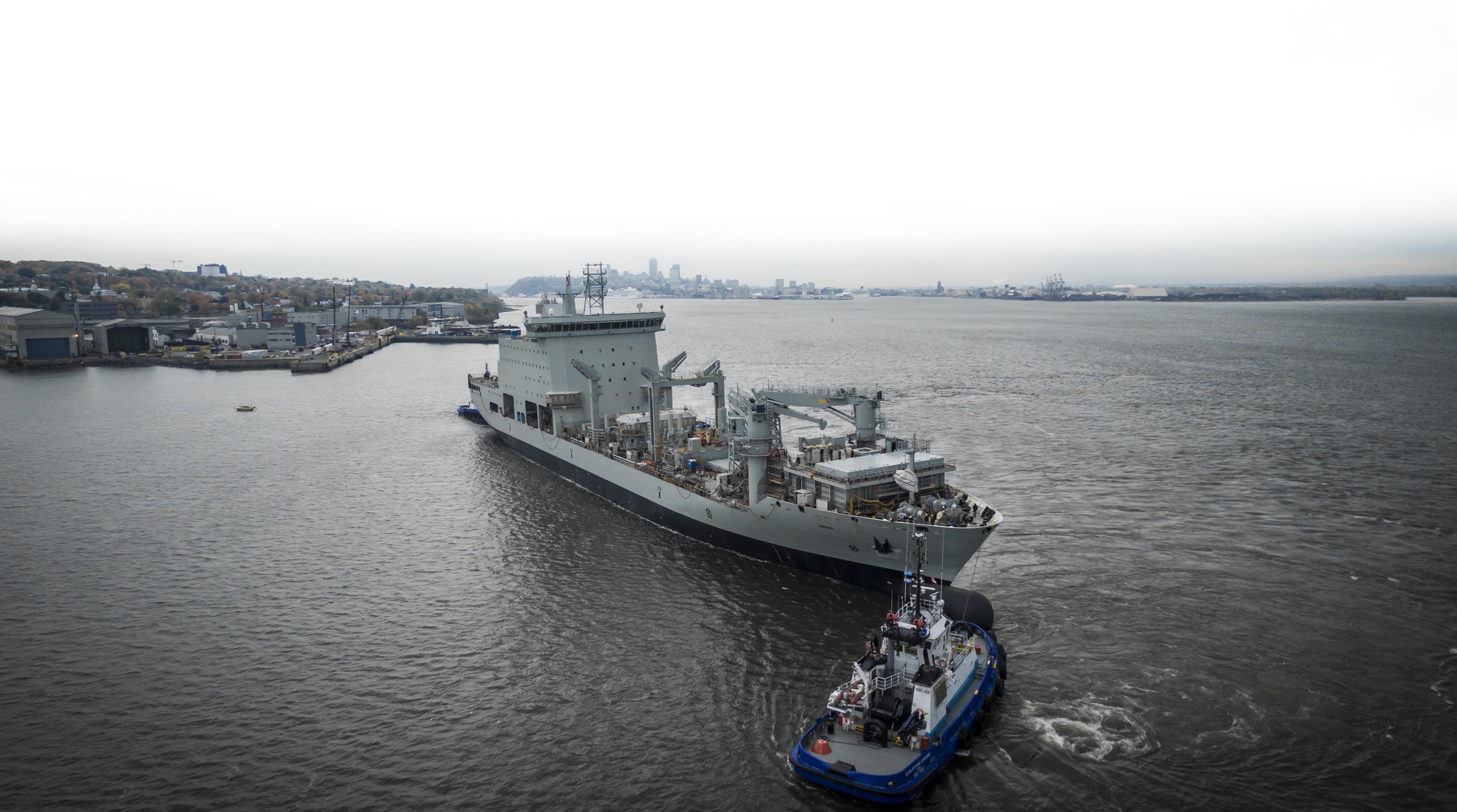 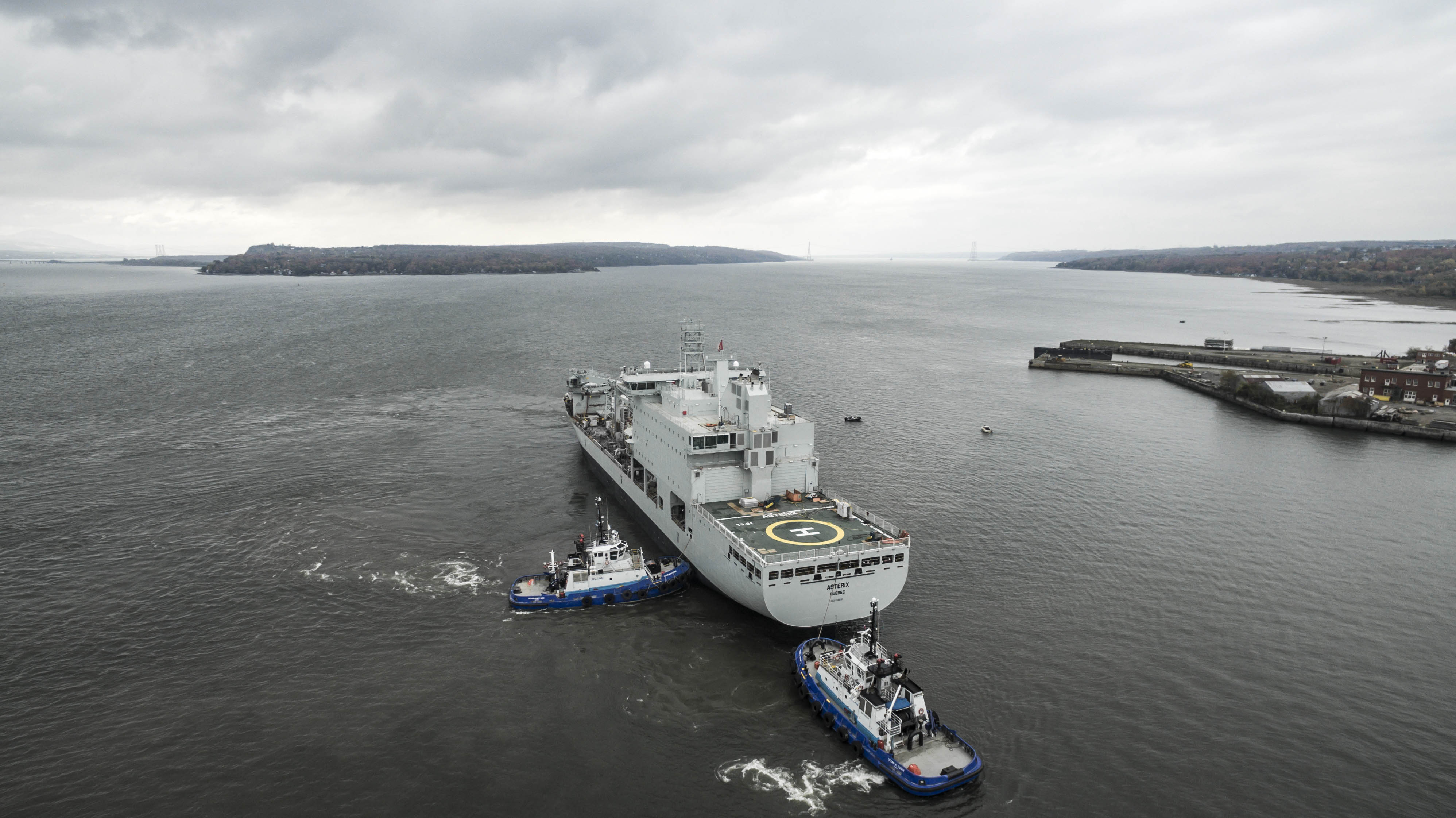