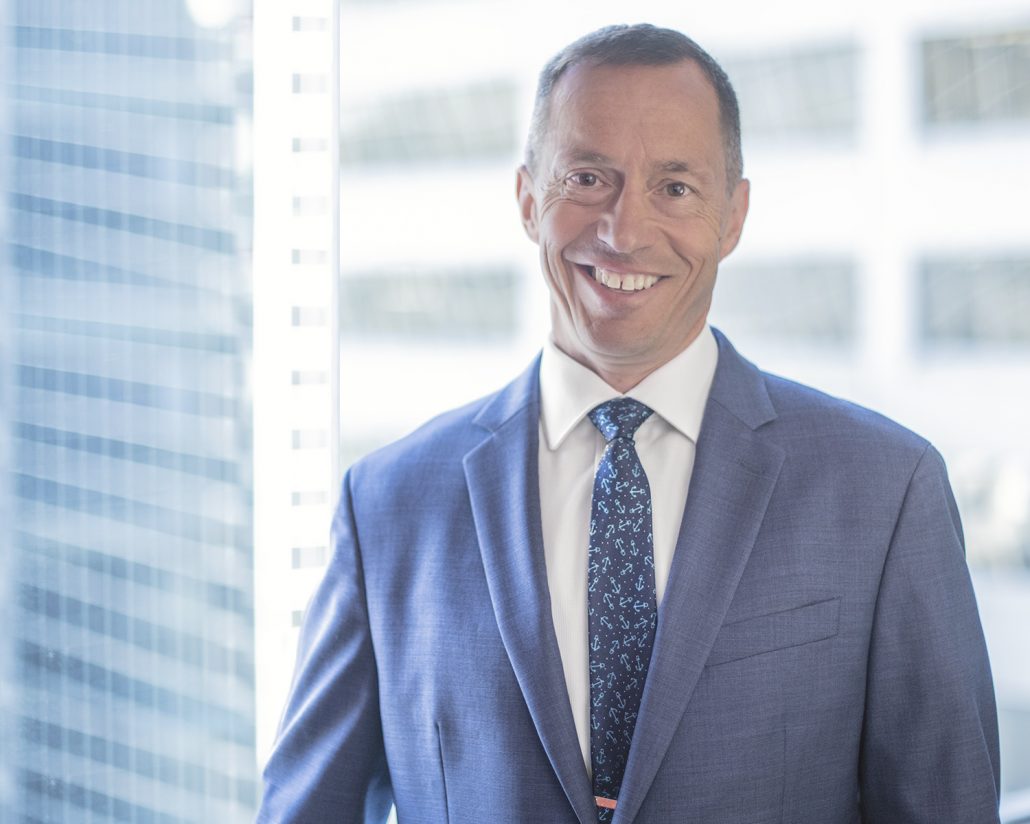 Gilles graduated from HEC in 1986 and joined the Navy eager for adventure.  His career has taken him to Halifax, Ottawa, Toronto, Victoria and Tampa, Florida.

His career highlights include several occasions when he commanded sailors from around the world.  In 2014, he was appointed Commander of the Maritime Component of RIMPAC, the world’s most recognized maritime exercise. RIMPAC takes place off the coast of Hawaii and brings together 20,000 sailors from 27 countries in more than 65 ships and a U.S. aircraft carrier.

In 2016, he assumed command of Maritime Forces Pacific, leading a unique team responsible for maritime operations of the Canada’s West Coast as well as search and rescue operations.

In 2017, Gilles was appointed Deputy Commander of the RCN. His role was to look after the 10,000 people – regular force sailors, reservists and civilian employees – and the Navy’s overall budget.

Beyond these challenges, command of HMCS Fredericton remains undoubtedly the pinnacle of his career. It proved to be an unforgettable experience that took place in 2006 and 2007 with 225 of Canada’s finest young Canadians. The culmination of this command was a 22.5-ton seizure of hashish off the coast of West Africa, an operation conducted in cooperation with the Royal Canadian Mounted Police.  Quite an adventure.

Although the idea of entering the world of real estate had crossed his mind after having moved 14 times in his career, Gilles served as Chief Operating Officer at Levio from 2018 to 2020, a Quebec-based business and technology consulting firm before joining Federal Fleet Services Inc.