These discussions with Chantier Davie will help determine if it can provide an interim solution at a cost, time, and level of capability acceptable to Canada and the Royal Canadian Navy (RCN). Should the Government of Canada decide to pursue a provision of service contract agreement, it would provide the required standard of service to bridge the gap until the first Joint Support Ship (JSS) is anticipated to be operational, in 2021.

The JSS will be a robust warfighting capability with all military crewing and contain the capacity to be continuously upgraded over the next 30 to 40 years to meet with the Navy’s evolving operational requirements. An interim supply ship would provide a more modest capability and would not conduct full-spectrum military operations in high-threat environments.

• In order to assist the RCN to meet their missions over the next several years, the Government of Canada has decided to enter into preliminary discussions with Chantier Davie Canada Inc.

• The discussions would be to pursue an interim capability for a commercial ship to be refitted for military use.

• The objective is to provide an at-sea replenishment service to RCN. This is directly linked to the Canadian Armed Forces operational readiness in support of national security and the fulfillment of Canada’s national and international obligations. It could also add significant additional capabilities, such as medical and aviation support and enhanced command and control.

• An interim AOR ship will help sailors acquire and retain key skill sets needed to operate Queenston-class JSS once they are delivered.

“Our government is committed to ensuring the Royal Canadian Navy has the tools it needs to defend Canadian waters and take part in international missions. An interim supply-ship capability will allow the RCN to operate more freely around the world while also keeping our crews’ skills up to date in anticipation of the arrival of the more robust Joint Support Ship.” 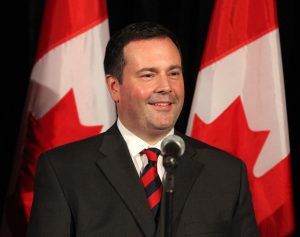